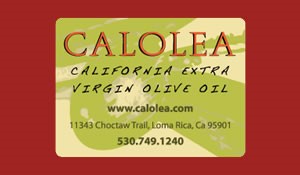 All of Calolea olive oils have been awarded the "Seal of Quality" from the California Olive Oil Council since 1999 and numerous awards from all over the world!

Our small family farm attributes it's superior tasting oils to our unique growing terroir. Calolea's olive trees were planted over 100 years ago in the same way the Spanish Missionaries plantedtheir orchards.

In 1999, Monica and Michael Keller bought 10 acres in Loma Rica, California, and started Calolea Olive Oil. The first year they produced just 80 gallons of oil, but their timing was perfect as Californians were hungry for quality olive oil.

Calolea's hand crafted olive oil has been certified “extra virgin” by the COOC and has an acidity level of 0.13%. The olives on the Keller’s 100 year old Mission and Manzanillo trees are hand picked, custom milled and cold pressed within 24 hours to create the highest quality oil possible. 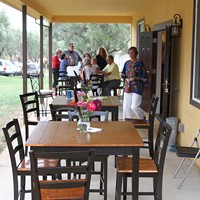 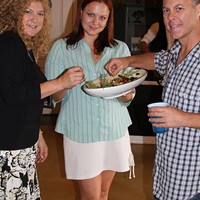 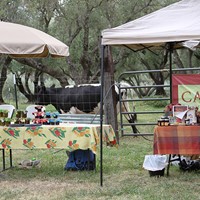 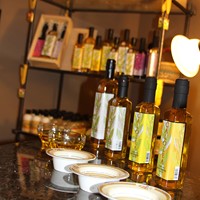 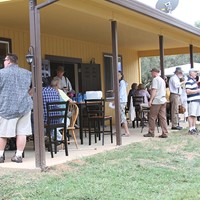 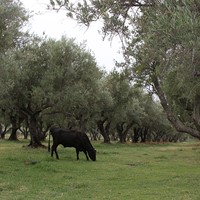 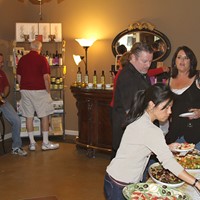 What does your average day consist of?

Our average day consists of water management for our orchards, processing website orders and shipping them, replying to e-mails and phone orders and projecting needed supplies.

What inspires you to come to work

Our Family Business of producing olive oil has been a blessing and our customers are the best ever. Our son is 13 now and we love to incorporate him into our business and teach him.

Can you give an example of the types of opportunities you have been given through your farm?

We have been very lucky to have been selected as a featured farm for many International magazines from "Fine Cooking" to "John Deer", promotions for Olympic Sports, Farm to Table events, Sales to Japan, we've really been lucky with opportunities over the past 17 years!

Can you give an example of what makes your work fun for you?

Our interaction with customers from the farmers markets is very special, the relations we have built with so many people over the years has been incredible, and they love to share in our progress and Family

Is there a memorable experience wherein you have helped a customer and it has made a difference AND/OR had a special connection with a customer as a result of the farm trail?

Every year we make a huge effort to photograph the event and people interacting, one year a very sweet couple approached us to please send them the pictures. We did and they have been forever grateful and nice friends.

How long have you been involved with the Sierra Oro farm trail?

I believe this is our 6th year on the trail

What does being on the farm trail mean for you as a farmer in Butte County?

Because Calolea is located on the most southern end of Butte County, It has been terrific for us to get visitors from Chico and surrounding areas, they seem to love visiting our farm.

How has the Farm Trail/ Ag in Butte County grown and how have you seen it change?

The Trail continues to get more popular and there is always a great crowd who say they wouldn't miss it for anything!! We are impressed with the marketing updates that have been happening, especially with Winter/Holiday Gift outreach.

Is there a person or a mentor you have had who has made a difference in your career?

Since my husband Michael Keller is the farmer and founder of Calolea, I would have to say his mentor was McEvoy Ranch in the early days of our business, and a savvy Italian Man from Bodega Bay named Carlo who provided good advice.